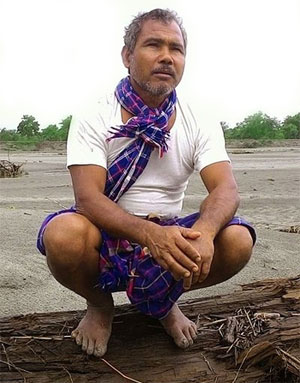 In a world where trees were being rapidly cut down to construct infrastructure, a kid aged 16 made up his mind to go against the mainstream and to help nature spread its wings. Back in 1979, Jadav Molai Payeg, of Johrat City in Assam began planting a forest. What started out as a small initiative ended up being a phenomenal success: Payeg created a huge forest area. Over the course of several decades, he has grown trees on a Brahmaputra River sandbar, turning it into an honest-to-God forest reserve. The forest, now named the Molai Forest after him (Molai kaathoni in Assamese), is located near Kokilamukh in Assam and covers an area of about 1,360 acres (550 hectares). In 2015, Jadav was awarded the Padma Shri prize, the fourth highest civilian award in India, for his reforestation work.

How did it all start? Three decades ago, the tribal teenager named Molai had found a large number of dead snakes, killed by the harsh heat after a spate had washed them onto the bare Majuli Island sandbar. (Incidentally, the Brahmaputra’s Majuli happens to be the largest river island in the world.) The event had a strong emoptional impact on the boy. Realizing that the snakes had does becaise there was no shade in which to hide from the severe sunchine, Molai planted two dozen bamboo seedlings on the sandbar, to provide shade. Then, in 1979, the social forestry office of the state’s Golaghat District launched a tree plantation effort on 200 hectares at Aruna Chapori. [In India, the term “social forestry” refers to the afforestation of treeless land or the restocking of depleted forests by engaging the common classes of the population in such work. – EcoRama.] Molai immediately signed up for this project, which went on for five years, and worked tirelessly on it for its entire duration. When the project was finished and other workers left, he decided to stay and keep working, although the effort was officially over. He kept planting more trees, striving to transform the entire area into a dense, pristine tropical woodland. 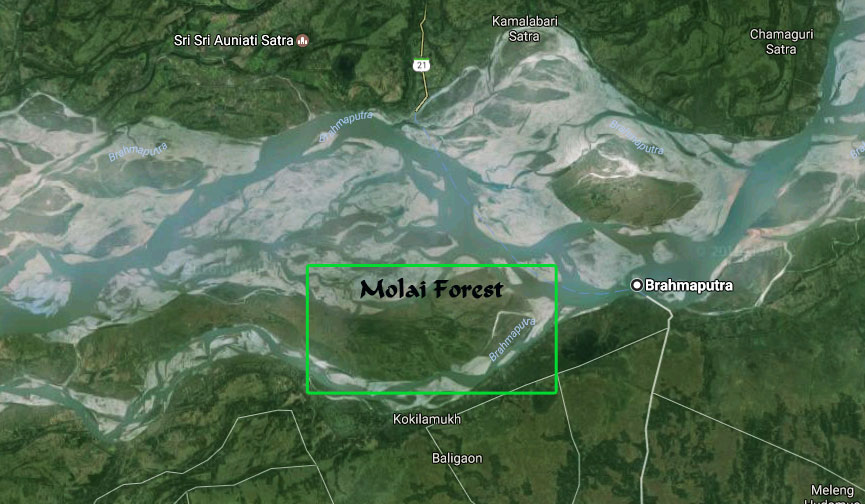 Had it not been for this individual’s efforts, what is today the Molai Forest area would have remained an eroding, white, sun-bleached sandbar, like the other islands on the Brahmaputra.

Today the Molai forest reserve is frequented by numerous animal species that take shelter and breed here. More than 100 elephant visit the forest regularly and spend six months of each year in it. There are five Royal Bengal tigers who live here, along with wild boar, over a hundred deer and a similar number of vultures, many species of birds, and three greater one-horned rhinoceri, not to mention a variety snakes, which were the original reason behind this extraordinary initiative to begin with. Molai started by planting bamboo, and to this day bambo remains the most common plant species in this forest, coveing an area of more of 300+ hectares. In addition, however, this forest exhibits a healty diversity of flora, including such trees as the arjun (terminalia arjuna), the ejar (lagerstroemia speciosa), the koroi (albizia procera), the moj (archidendron bigeminum), the goldmohur (delonix regia), and the himolu (bombax ceiba), all of which thrive in the habitat.

What’s Next for the “Forest Man of India”?

Amazingly, for a long time local authorities did not take much notice of Molai’s activities. In 2008, Indian forest officials first took note of his efforts when they went looking for a missing herd of 115 elephants and found them taking shelter in the Molai forest after damaging some property in the nearby village of Aruna Chapori. This discovery surprised the officials, who have now become regular visitors to the Molai’s forest.

After dedicating his entire life to the forest, Molai says that he willing to start similar work in other parts of the state, and he is also ready to better manage the forests.  His immediate goal is to extend his forest to another Brahmaputra sandbar. Forestry and ecology experts now agree with Molai’s approach and see this as an economically viable method of fighting soil erosion and flooding in areas similar in key respects to Brahmaputra basin.

Payeng belongs to Mishing tribe in Assam. He lives with his wife and 3 children in a small hut in his forest. The “Forest Man of India” has buffalo and cattle on his farm, selling their milk for his livelihood. In his own words, his friends from school are engineers and officers today, living in posh flats and driving nice cars, but he that feels he is the “happiest man” of all.

Indeed, Molai succeeded in pulling off something great and inspirational, at a time when mankind is mostly exploiting nature for material gain. He is a living example of how one man, unassisted and without funding, can make a change to the face of earth,  guiding it toward a better and greener future. Our governments and corporations seek enormous funding for similar efforts, we while we wait forever to see any beneficial results from their planning.

Please see the beauty of the Molai Forest for yourself in the video below.

Rooturaj Pattanaik is a nature lover, business and technology consultant based in New Delhi India. He loves to travel and photograph. Rooturaj takes a particular interest in promotion of renewable resources and afforestation initiatives. He has been a Green Peace supporter in the past and protested against genetically modified crops in India. 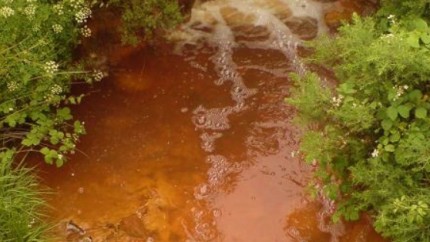 The Health and Environmental Effects of Copper

According to the US Geological Survey, approximately 19 million tons of copper is produced an

Mahatma Gandhi as Environmentalist and Sustainability Precursor Save Save Save

Dump Your Garbage in Sweden, Get Paid!

Mahatma Gandhi as Environmentalist and Sustainability.. 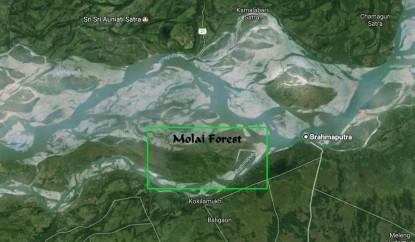 Meet Jadav Molai Payeng of Assam’s Molai Forest In a world where trees were being..

Mapping the health and environmental impact of aluminum is important, given that more than 130..